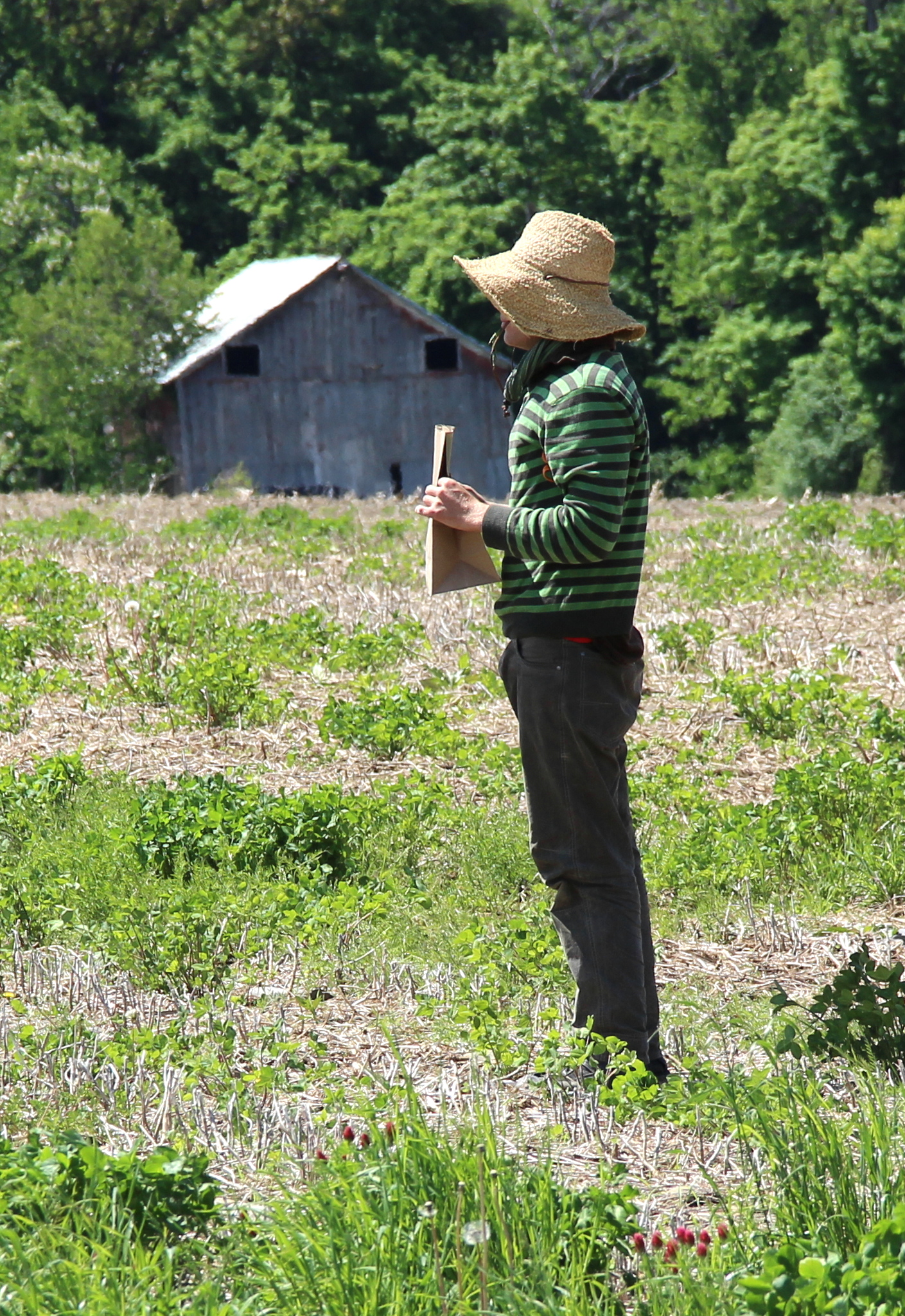 Research Interests
I joined the Sustainable Cropping Systems Lab in May 2015 and started getting my hands dirty shortly thereafter. My project focused on the ecosystem services provided by cover crops in farming systems transitioning from conventional to organic practices. More specifically, I looked at the optimal density of cash crops (corn and soybean) in which the greatest ecosystem services are provided by the polyculture of cover crops interseeded underneath. While ecosystem services range from nitrogen fixation to erosion control, I was most interested in weed seeds.

Any farmer transitioning from conventional to organic practice is faced with the huge problem of weed management. Without the chemical tools of a conventional farmer, an organic practitioner manages weeds using “several small hammers.” Inter-row cultivation is perhaps the biggest “small hammer” in organic farming weed management, and is an excellent way of dealing with weed seedlings while cash crops are establishing. After corn and soybeans reach the V5 growth stage the magic of cover crops can be unleashed, and a polyculture can be interseeded under the cash crops. And behold: ecosystem services!

My focus was on weed seeds. Cover crops start growing under the canopy and can out-compete weeds that may otherwise take over. Cover crops have the potential to attract beneficial insects, both pollinators and seed predators. The latter group is comprised mostly of Carabid beetles, which have been the center of my summer research. Using highly complex and delicate scientific instruments, including beer cups, chicken wire, and seeds glued to sandpaper, I monitored seed predation rates and invertebrate biodiversity.