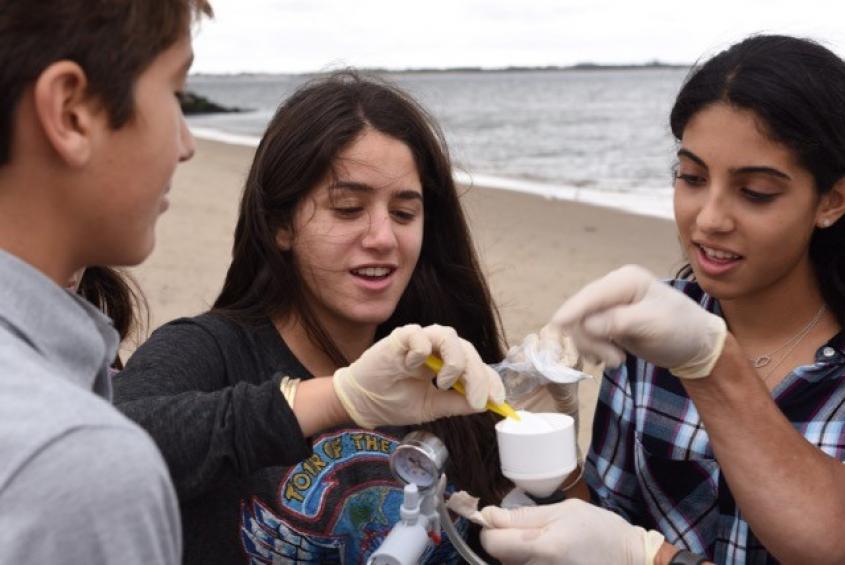 Invasive aquatic species like round goby, Asian carp, and sea lamprey are a growing problem in New York State. Their presence impacts water quality, food supply, recreation and tourism, as well as human and animal health. Early detection is a critical first step in monitoring a species’ spread and managing responses.

Scientists at Cornell University’s College of Veterinary Medicine have devised genetic tests that can detect the environmental DNA (eDNA) of invasive species in a waterway before they become established there. But there are more than 7,600 freshwater lakes and ponds and over 70,000 miles of rivers and streams in New York State, all of them potential conduits for the unwelcome species. How can the Cornell team watch them all for signs of a potential invasion? The answer: teams of young citizen scientists from schools located near a lake, river, or creek, who gather water samples to send to Cornell for analysis.

Dr. Donna Cassidy-Hanley, a senior research associate at the Cornell Veterinary College, had already worked with teachers across New York state to provide hands-on resources for teaching basic science. Teaming up with Cornell Professor James Casey, who developed the genetic tests, Cassidy-Hanley went back to those teachers with a new proposal: Engage your students in a hands-on research project with Cornell scientists that introduces them to invasive species, ecology, environmental management, and bio-informatics, and that has important real world impact.

The response has been amazing. “We had hoped to get five or six teachers involved in the pilot program,” says Hanley-Cassidy. “We currently have 60 teachers across the state.” Students at schools from New York City to small rural upstate towns have joined in the effort to monitor the spread of invasive fish, contributing critical data and learning about science firsthand.