Over the last two years since the Rana Plaza factory collapse, the global fashion industry in Dhaka (the world’s second-largest apparel exporter of western brands after China) has seen a collaborative revolution: from educating international buyers, traders, and producers in the factory about what responsible supply chain management can entail– to, for example, ensuring that mothers and children (even at the domestic sphere) are living a quality life while being urged into safety, protection from health hazards, ethical working hours, and a positive work environment within the factory. As per ACCORD’s (The Bangladesh Accord of Fire and Building Safety) logistical release in December 2015, over 1660 textile factories have been reported and confirmed to be renovated, inspected, and certified to meet a “Western” work-safety environment.

Although many factories have become certified,  the progress could not have been done without concern, activism, advocacy, and global awareness– hyped after the 2013 Savar building collapse in Dhaka which charged 3,425 global stakeholders that had “remedied violations enough to pass a final inspection,” despite an “international community’s $280 million commitment to clean up Bangladesh’s RMG industry” (NYU Stern Center for Business and Human Rights). Through a renewed perspective and merely exhausted, historical questioning of ambiguous production, a global business initiative now becomes a revolutionised method of enforcing justice in the manual sector of textile-labor: prevailing as almost 50% of a nation’s economy in major developing countries.

This means: from the media, the protests, the comedians, the conscious fashion critics, the artists– to the journalists, the documentaries, the celebrities, the individuals, the groups, and the activists– the frustration of these social groups (as we are all, essentially fashion consumers..), urged larger corporate organisations and Western intervention to finally make healthy fashion-production a basic human, lawful, and environmental right for both parties. Since post-2013 “collapse proposals,” textile-factory revolutions are now being seen and implemented in Cambodia, Indonesia, Laos, and Vietnam– and not only in Bangladesh.

Of course, with both progress and industrial scandals en route again, this humble takeaway is this:
Always take the time to think about the apparel you’re buying as a responsible, informed, and educated consumer– not only as a “smart” investment, but also at the stake of human rights.

Industries which still refuse to “have nothing to do with the point of origin” (and of which their products are imported from around the clock), is an impartial, and most importantly, unlawful form of conducting business operations. It is a violation of human rights when concerning impoversihed working condition systems, and abuse of women and children’s basic rights– not only at the professional level of being a stakeholder, but also, in simply being human.

When purchasing apparel, a simple form of assessment can be done:
Read the “MADE IN…” tag.
If it’s unusually cheap, be cautious– and more importantly, be skeptical.

Who made my clothing?
What is their life like?

Slow fashion takes more time to be made, is more durable, higher quality, more stylish, will last longer in your closet, and survive that ‘suaveness’ in the socio-fashion cycle you might have been so worried about. Additionally, more and more fashion brands are becoming advocates for slow fashion methods, in even  establishing fair trade labels (every purchase matters)– selling more ‘ethically’-desirable apparel that’s also sustainable (or in other words– bio-degradable, in addition to reducing chemicals emitted into the environment from the process of textile-making. 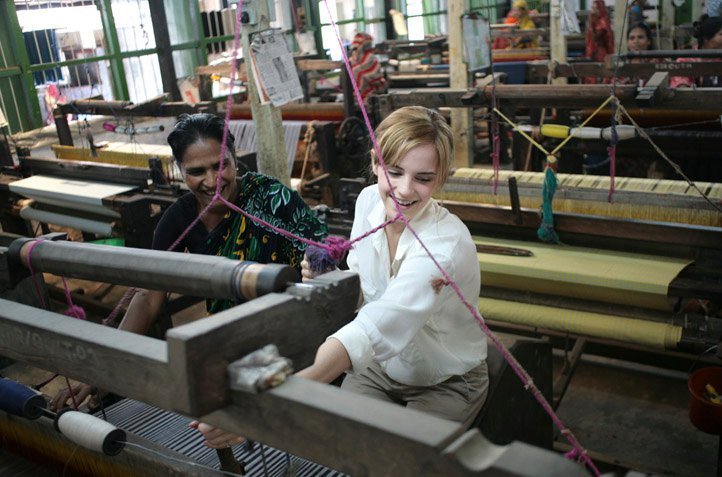 Take the time to look at industries that have already changed.
Luckily, there are now thousands. And what’s more, is you have the freedom and choice to buy from them.

Accord 2nd Anniversary 2015 from Bangladesh Accord Foundation on Vimeo.

A brief comparison of the living and working conditions (and implementation of fair trade methods) in Dhaka vs. Rajshahi, Bangladesh via Emma Watson.