Category Archives: The Caucasus and Eurasia

Return of the Ukok Princess

The 1993 discovery of a tattooed “princess” in a burial on the high Ukok Plateau in the Altai region of southern Siberia drew much deserved archaeological attention back to the region that also yielded the famous Pazyryk tombs.  But it also had a rather remarkable impact on the complex intersection of archaeology, memory, and genealogy.  A recent article Siberian Times on the find and its ensuing controversy can be found here:

The final section of the article raises the most interesting–and for archaeologist, worrisome–issue.  Following a series of happenings–both human and environmental–that attended the removal of the body from the Altai region, a repatriation movement arose demanding the return of the “princess”.  Following extended negotiations, the body was moved from its original home in Novosibirsk and this month appears on display in a new home at the Altai Museum in Gorno-Altaisk.  But the impact of rediscovery continues to shape regional research:

The Altai authorities have now declared the remote mountain area from where the princess and her kinsmen were buried as a ‘zone of peace’ where no more excavations will take place, despite the near-certain treasures lying in the permafrost.

What is worrisome here is the equation of the absence of archaeology as a state of “peace”.  Archaeological research then is equated with an act of violence.  While archaeology can play a role in strategies of domination and can be used as a tool of appropriation, it need not be and the discipline is in considerable jeopardy if we let it become that.  This means working collaboratively with local stakeholders such that a “zone of peace” is a place where archaeology takes place, not an area from which it is absent.

A NYTimes article on Friday considers a recent computer model of language divergence that places proto-Indo-European (PIE) speakers in Anatolia 8,000-9,500 years ago in small agricultural villages.  The model thus stands in opposition to the argument for PIE arising on the Pontic Steppe sometime after 3500 BC advanced most systematically by David Anthony.

I leave the linguistic assumptions built into the model for others to critique.  But there is an archaeological question which the model will find hard to address: what social dynamic does the early Anatolian model provide for the expansion of Indo-European?  Small agricultural villages do not have built into their social dynamics an obvious mechanism for wide-scale expansion.  One clear advantage of the steppe origins model is the clear socio-technical apparatus for rapid expansion provided by horse riding and chariots/wagons.  The Neolithic Anatolian village provides no such mechanism.

This is not to argue that extension would be impossible–obviously farming and its technologies diffused widely.  But the hoe and the horse are not equivalent technologies of dissemination.  The hoe is a scale-narrowing object–one that yokes the land to human production by tying farmers to very local places (as opposed, for example, to the wider ranges of foragers).  The horse, in contrast, is a scale expanding technology, one that encourages a wide-ranging sense of place.  Missing from the Neolithic Anatolian model then is a sense of how language dispersal could have been so dramatically scaled up even as the lives of its putative speakers was scaling down.

Posted in Archaeology, Landscapes and Places, The Caucasus and Eurasia

The authors describe the study:

We analyze the linguistic patterns of nonsense inscriptions and non-Greek words on thirteen vases featuring Scythians and Amazons by otherwise literate vase painters (550-450 BC). Our results reveal that for the first time in more than two millennia, some puzzling inscriptions next to Scythians and Amazons can be deciphered as appropriate names and words in ancient forms of Iranian, Abkhazian, Circassian, Ubykh, and Georgian. These examples appear to be the earliest attestations of Caucasian and other “barbarian” tongues.

A pdf of the study is available here.

As described in a recent column in The Atlantic Armenia is opening a fascinating new front in the battle over heritage and repatriation: To the British Museum, she is “probably Aphrodite,” the Greek goddess of love and beauty. To most Armenians, she … Read more »

Eurasia, Nomads, and the “Other” 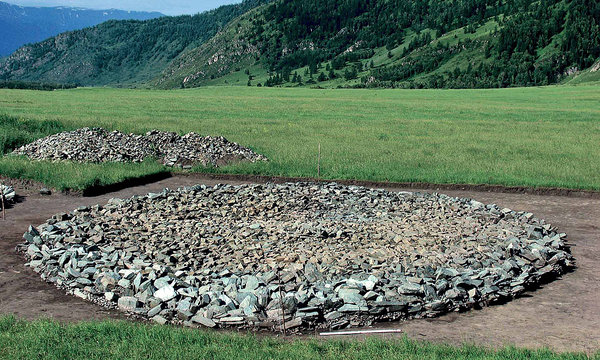 Today’s New York Times includes an article by John Noble Wilford on recent archaeological discoveries related to Scythian and Saka mortuary remains from Central Asia.  The article is occasioned by a new exhibit at the Institute for the Study of the Ancient World that draws on collections from several museums in Kazakhstan to examine nomadic communities from the 1st millennium B.C. Altai region.  The exhibit runs from March 7-June 3 and is clearly a unique opportunity to see artifacts that are rarely exhibited in the U.S.

I’m looking forward to seeing the exhibit, but in the meantime Wilford’s article is itself of interest as it highlights the persistent tropes of otherness that have long marginalized examinations of ancient Eurasian societies within Western archaeology.  At the same time, the article appears to reinstate, unintentionally, many of those same tropes.  Here are two issues that seemed of particular note:

1. The other. Wilford points out how Eurasian pastoralists like the Scythians were portrayed as “the other” by contemporary classical Greeks.  Certainly true, but the Greeks “othered” lots of communities, including the Persians, the Egyptians, etc.  Basically, anyone not Greek, in the same way most cultural communities define inclusion (us) through exclusion (them).  Moreover, from the perspective of the Scythians, the Greeks were just another ‘other’ population on the margins of their world.  There is little evidence that the approval or disapproval of the Greeks was relevant to Eurasian societies.  But it is relevant to us moderns, and hence the surprised headline that exclaims “Eurasian nomads were sophisticated!”  That kind of recuperative “the other is sophisticated too” is simply another kind of othering device–an extension of the value of sophistication but not a collapsing of the distinction between ‘us’ and ‘them’.

2. Evolution. Wilford is correct that Eurasian nomads have been dismissed as a kind of arrested stage in cultural evolution.  But that is not a conceit of the Greeks.  It is a product of 19th and 20th century evolutionary anthropology.  Indeed, it remains deeply embedded in Wilford’s own world view. His article ends on this note:

“By these enigmatic symbols, a prewriting culture communicated its worldview from a vast and ungenerous land that it could never fully tame — any more than these people of the horse were ever ready to settle down.

The trope of the untamed is itself one dear to the evolutionary narrative of civilization in which the barbarian defiantly refuses to succumb to the bright light of urbanity.  Writing and settlement are both heavily marked categories central to the very category of “the civilized”.  Hence to describe Eurasian nomads as “pre”writing and not yet “ready to settle down”, is to reiterate the very same reasons why nomads in Eurasia have been othered by settled communities since the Greeks.

This is not to criticize Wilford’s account, merely to note its own entrapment in the tropes of us and other.  Even though he is rightly critical of such narrow renderings of the past, he is also “not yet ready” to leave them entirely behind.

Eileen Murphy and colleagues from the Kunstkamera have organized an important and timely session for the European Association of Archaeologists conference in Helsinki this fall.  Here is the abstract, courtesy of Eileen:

From Skulls and Skeletons to Ancient People: Approaches to Human Remains from Prehistoric Northern Eurasia

From its earliest beginnings, physical anthropology has been recognised as an important tool for enabling the reconstruction of a variety of facets of human history. For many years anthropological data represented the predominant source of information pertaining to the biological aspects of a past population’s history. Given the attributes of the anthropological data collected most studies have focused on the nature of genetic admixture apparent within population groups as well as sought evidence relating to ancient migrations. In recent years, the situation has notably changed, however, and much more attention is now placed on the study of the physical remains of these prehistoric people using a suite of other scientific approaches, which include the study of ancient diseases, stable isotopes and ancient DNA amongst others. Approaches and techniques within both physical anthropology and scientific archaeology are constantly developing and the objective of the session is to draw together researchers, with a wide variety of research interests, but in which the corporeal remains of the ancient people of Northern Eurasia are central. Contextualised research of this nature has the potential to provide substantial insights on key archaeological themes, including diet, economy, health, lifestyle, funerary practices and migration. It is envisaged that this cross‐over of approaches has the potential to lead to more nuanced understandings of the prehistoric populations of Northern Eurasia and ensure that the people are central to these debates. 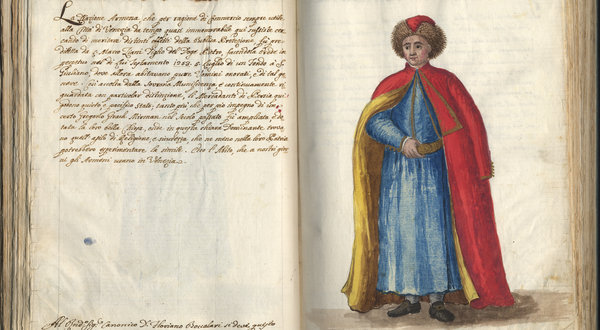 The role that Venice and Cilicia have played in Armenian arts and letters is the subject of a new exhibition.  The New York Times has a thoughtful review here:

The Key to Armenia’s Survival – NYTimes.com.

Posted on February 8, 2012 by Adam Smith| Leave a comment

A new online portal for Georgian archaeology has recently gone live.  The site has an expanding database of archaeological sites, information on restoration projects, and a list of recent publications of the NAtional Agencey for Cultural Heritage.  The link is here:

The Interdisciplinary Archaeology Workshop at the University of Chicago is hosting two upcoming events related to the archaeology of the Caucasus.

Orientalism in Russia: The Caucasus, Historical Narrative, and the Formation of a National Identity

This paper investigates Orientalism in the Russian context, from Imperial Russia into the Soviet Union, focusing on the production of anthropological and archaeological knowledge of both the “Orient” and Russia’s East (the Caucasus and Central Asia). In the Western European context, the critique of Orientalism sees the conception of the Orient as a reflection of the West, in which the Self is both recognized and created in opposition. At the same time, Western European Orientalism makes the Oriental past the originary site of history, with an infantile civilization birthed there before passing to and maturing in the West. Though the East was similarly intertwined with the past in Russia, the narrative of the relationship with the past was not one of transition, but of incorporation. The place-making implicated in Russia studies of the East contributed to the articulation of a Russian nation identity as well, but the East was less straightforwardly Other.

I contrast the Orientalism of Imperial and Soviet Russia; in Imperial Russia, both the East and the West constituted and contrasted with the Russian identity, whereas the narrative of expansive multiculturalism in the Soviet period integrated an academically produced, essentialized Other into the production of the national identity.

Michael Shanks discusses two recent studies of the archaeology of socialist worlds: World Crisis in Ruin: The Archaeology of the Former Soviet Missile Sites in Cuba by Mats Burström, Anders Gustafsson and Håkan Karlsson and Persistent Memories by Elin Andreasssen, Hein B. Bjerck, and Bjørnar Olsen.   The photos are deeply striking and hauntingly familiar for anyone who has worked in the former USSR or other now post-socialist communities.

Posted in Aesthetics and Representation, Archaeology, The Caucasus and Eurasia